Osteoporosis can affect at any age, it is symptomless and under recognised.  Less than 2 in 10 people are assessed appropriately following a fracture, perhaps celebrities with the condition will improve awareness. 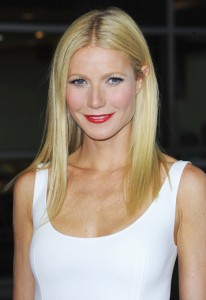 ABC News, June 28, 2010 – Gwyneth Paltrow says she has osteopenia – the early stages of osteoporosis. She’s told fans via her website that she had a bone scan (DXA scan) after a fracture some years ago, and was also found to have very low Vitamin D levels. Osteopenia refers to early signs of bone loss that can turn into osteoporosis. With osteopenia, bone mineral density is lower than normal. However, it is not yet low enough to be considered osteoporosis. Not everyone who has osteopenia develops osteoporosis. However osteopenia can turn into osteoporosis if it is not diagnosed early and treated promptly. Osteoporosis can result in easily fractured bones and other very serious bone problems. It can also cause disfigurement and lead to loss of mobility and independence. Paltrow writes: “I suffered a pretty severe tibial plateau fracture a few years ago (requiring surgery) which lead the orthopaedic surgeon to give me a bone scan, at which point it was discovered I had the beginning stages of osteopenia. This led my western/eastern doctors in New York to test my Vitamin D levels, which turned out to be the lowest they had ever seen (not a good thing). I went on a prescription strength level of Vitamin D and was told to…spend a bit of time in the sun!”

“The good news about osteoporosis is that it is very treatable,” Sally claims. “But it is silent and you don’t know it is there unless you are really getting bone density tests and you have either someone looking out for you, like a really good doctor, or you know enough to look out for yourself”.

In a series on celebrities and their health, the BBC News website talks to actress Britt Eckland about her osteoporosis. Internationally acknowledged as one of the world’s most beautiful women, Britt’s career was launched at the age of 15, when she appeared in a toothpaste commercial. She has starred in more than 30 feature films, including The Bobo with former husband Peter Sellers, The Wicker Man with Edward Woodward, and Get Carter with Michael Caine. Always interested in health and fitness, she released her own exercise video in 1992, called Britt Fit. She is vice-president of the Alzheimer’s Society and she talks about her osteoporosis to promote the work of the International Osteoporosis Foundation (IOF).

How did you first realise something was wrong? I didn’t. My American doctor does a health check every year, involving a papsmear and mammogram and that year he suggested a bone density test. I was diagnosed 10 years ago at the age of 53. I think he caught it at the nick of time.

How did you get diagnosed? The bone density test showed that I had the beginnings of osteoporosis.

I was a mother of an eight-year-old child, fit and healthy. How could it be possible? Britt Eckland

I don’t know what the bone density was when I was diagnosed, but I can’t have been too frail because I had just been skiing. I am a reckless skier and have had some falls, but have never broken any bones.

What was your reaction to the diagnosis? I was horrified. It sounded too unbelievable. I was a mother of an eight-year-old child, fit and healthy. How could it be possible? It has been said that osteoporosis can be caused by “yo-yo dieting” and the doctors have suggested that my osteoporosis could be linked to my dieting. It is certainly not genetic. Neither of my grandmothers or my mother had it. So, if it is genetic, I am the first case. I do worry about my daughter, as she has always dieted too and has always been very thin. I know I did not eat well in the 1960s and 1970s, and I do have an aversion to dairy products. I used to cut out them all out, including cheese, and I have never liked milk. I do like cappuccinos, but the milk in those is not enough to sustain your bones. When I started out in acting it was not about being fit, but always about being thin, but over the years I have found that you can stay fit and thin.

What was your treatment? I do take a medical treatment for my osteoporosis and combine this with regular weight-bearing exercise and eating healthily. However, as I am now working with IOF on the launch of their Staying Power campaign and, because it is non-promotional, I would rather not mention any treatments specifically by name. In the early days you had to take one tablet a day and that was difficult to remember, but today it is easier. I don’t know what my bone density is, but I did have a bad accident when I fractured my ankle in six places and fractured my right wrist. That was the worst period of my life. I was in a wheelchair and on an elbow crutch, because of my wrist. I was totally at the mercy of other people.

How did you feel during the treatment Nothing. You never feel anything. But you have to stay on the treatment not to feel anything – without it there are fractures and pain. Treatment for osteoporosis is an ongoing process and, whatever treatment option you agree with your doctor, it needs to be taken in the long-term if you are to receive the full benefits. As someone with osteoporosis, I urge all patients to seek advice on how best to stay on their treatment. Osteoporosis fractures can be fatal and, by not taking treatment, millions of patients are putting themselves at risk. Adhering to treatment could mean avoiding a life of decreased mobility, chronic pain and low self-esteem. If you find staying on therapy a challenge, it is important to recognise that support is available. If physicians, patients, families and support groups work together, we can help women stay on treatment and cut the burden of fractures

What is your message to others with the same condition? Stay on the medication that your doctor has prescribed. Stay mobile do things like powerwalking, weightlifting or my favourite: powerplate(an exercise machine that uses vibration). Make sure you have a good diet including lots of non-fat dairy products. Although I have been fortunate enough to continue to lead an active life, osteoporosis can have a significant impact on your everyday activities. Many women find that changes to their body shape and a fear of fracture mean they can no longer fully take part in everything they used to enjoy.